In recognition of the 75th anniversary of his presidency, the Truman Library and Truman Library Institute have developed a momentous plan to use Truman’s life and legacy to inform, inspire, educate, and engage a 21st-century audience at an increasingly critical time in our nation’s history.

$1,500,000
Education and Community Programming
$2,000,000
Endowment Support
$2,500,000
Other Support
$29,000,000
Capital Project
$35M
“This library will belong to the people of the United States.
The papers of the presidents are among the most valuable sources of material for history. They ought to be preserved and they ought to be used.”
– HARRY S. TRUMAN

Why Truman? Why Now?

The list of Harry S. Truman’s difficult and world-shaping decisions is extremely long. Assuming the presidency in the final months of World War II, he inherited a worldwide catastrophe.

Truman shouldered the burden of leadership in a rudderless world. With courage, integrity, and humility, he vindicated the American conviction that an open society can produce leaders equal to any challenge.

It falls to the Truman Library and Truman Library Institute to expand appreciation of this Midwestern farm boy who never went to college, his remarkable rise and enduring character. Through the biography and achievements of Harry Truman, future generations will come to understand both the possibilities and the responsibilities of American citizenship.

As Lyndon Johnson said of Harry Truman: “In praising him, we reaffirm the greatness of America.”

“The full stature of this man will only be proven by history.”
– GEORGE C. MARSHALL

There is no better place in the United States to tell the story of America’s 33rd president than the Truman Library. This campaign will make the Library a hub for exploration and experiential learning that achieves Truman’s goals for his “Classroom for Democracy:” create more informed and engaged communities, teach the next generation about our history, and inspire citizens to participate in shaping our future. 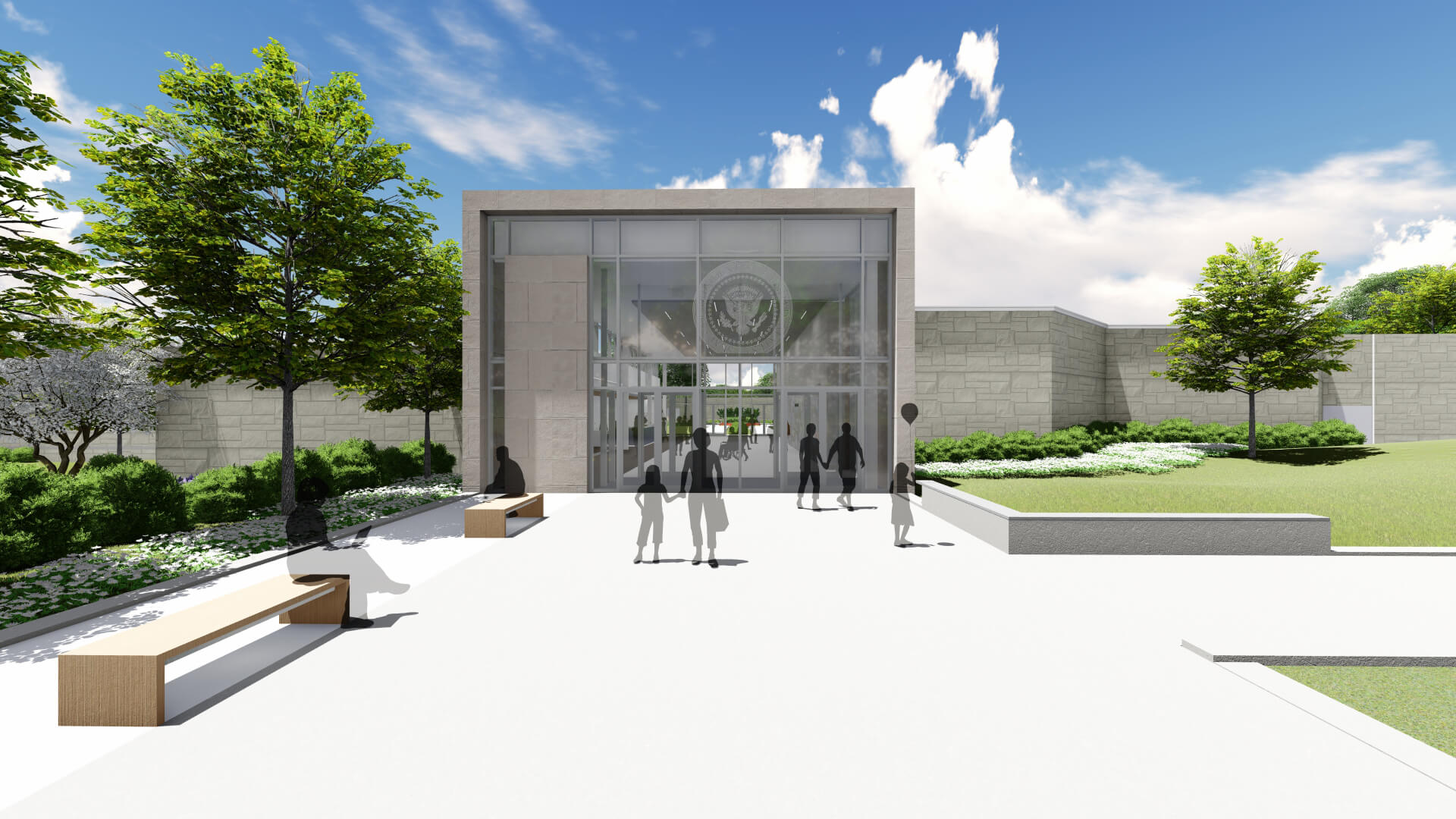 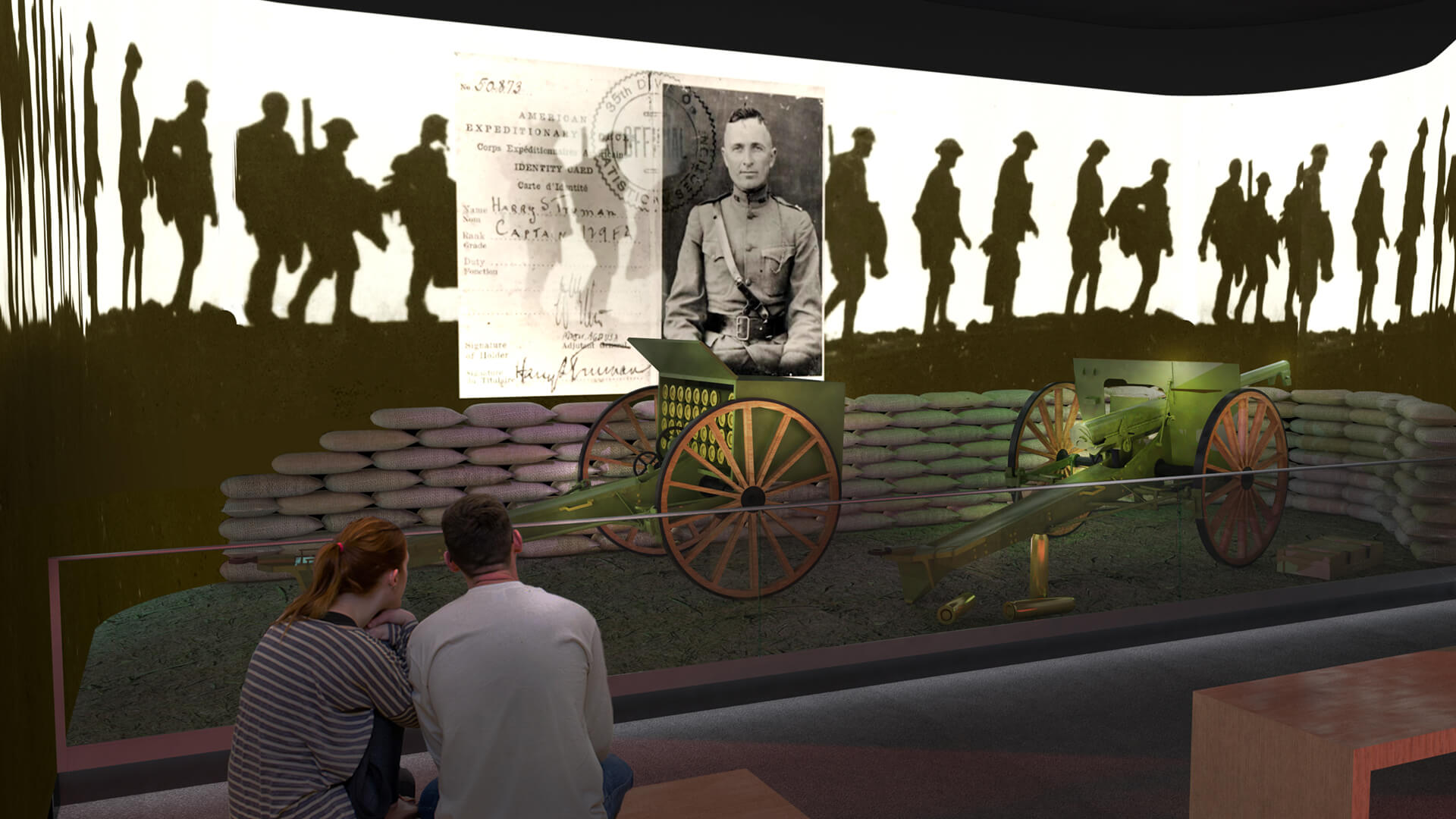 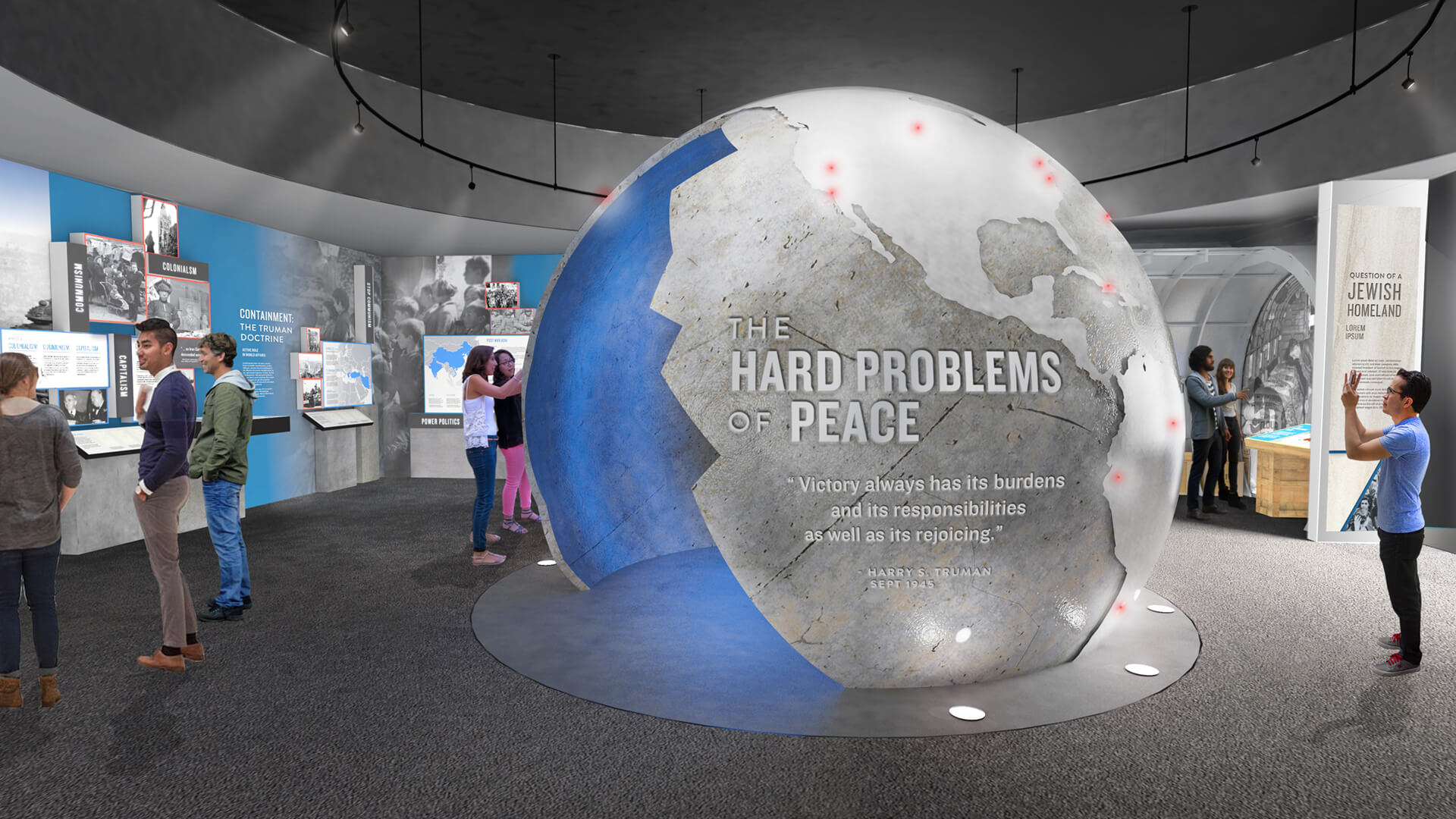 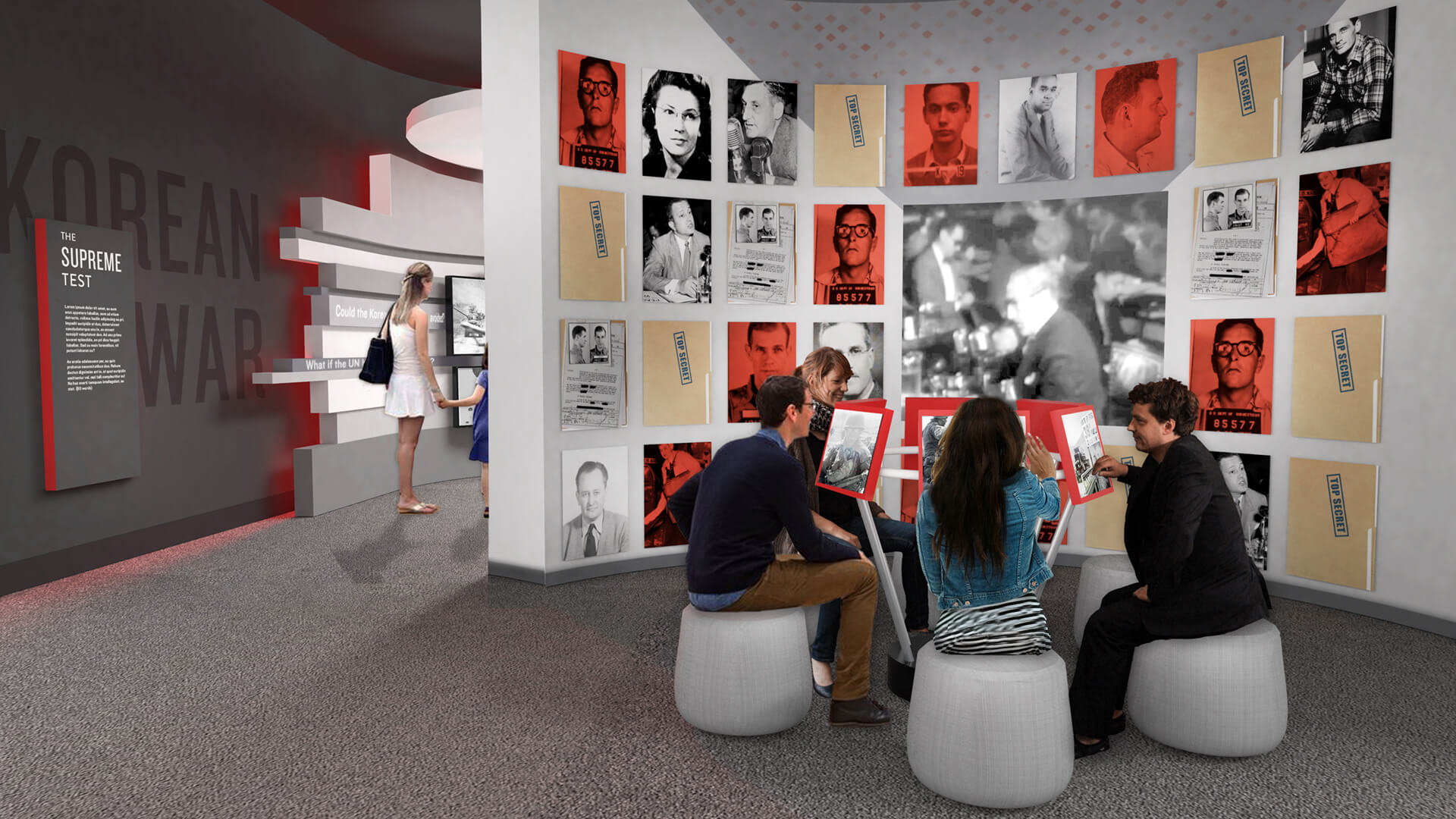 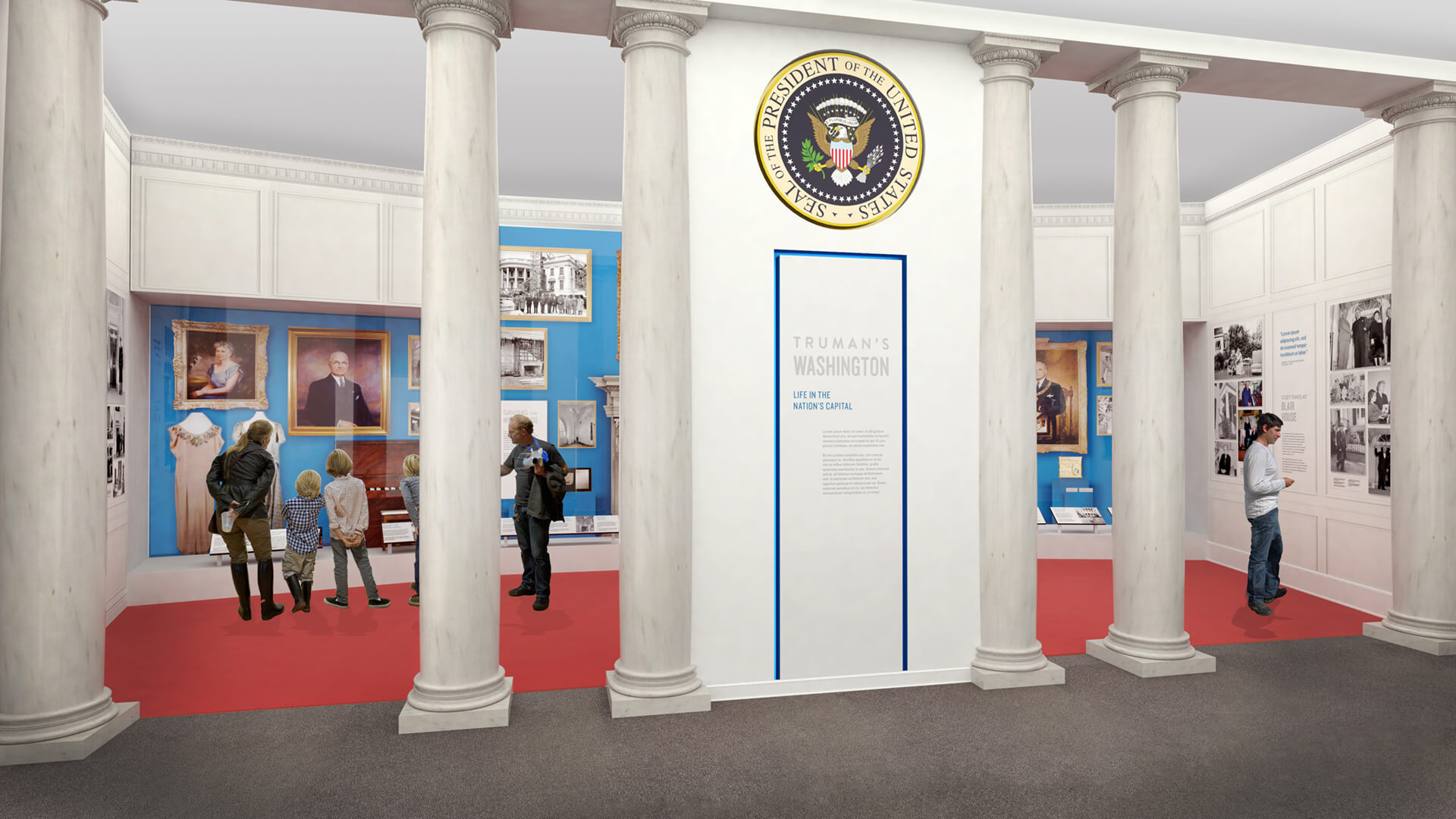 Install a new Truman permanent exhibition and upgrades to the visitor experience including improved storytelling, enhanced interactive and technology-based experiences, and a comprehensive educational strategy. Click here to view the full fly-through.

Ensure future sustainability for the Institute’s operations and its financial, programmatic, creative, and staffing support of the Library.

“Make no little plans. Make the biggest plan you can think of and spend the rest of your life carrying it out.”
– HARRY S. TRUMAN