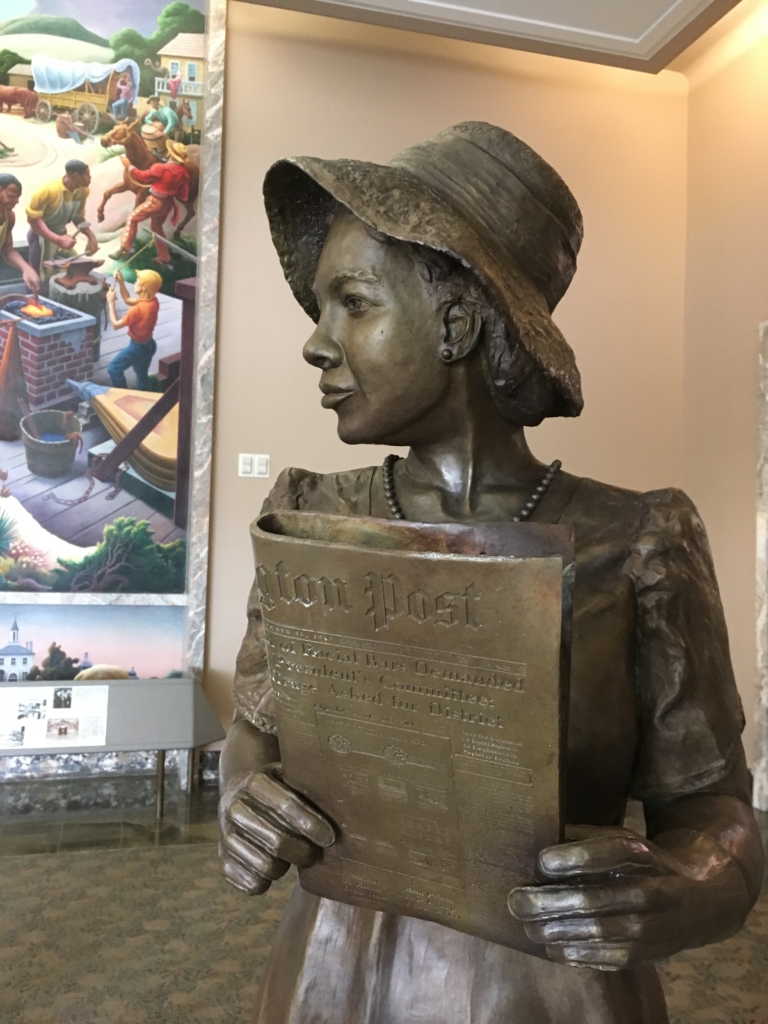 INDEPENDENCE, Mo. – The Harry S. Truman Library and Museum has welcomed a statue honoring Alice Dunnigan, the first African-American woman to serve in the White House press corps. Visitors can view the statue in the main lobby of the Truman Library, the latest stop at a national tour that started at the Newseum in Washington, D.C.

The Alice Dunnigan statue was created by artist Amanda Matthews and cast at Prometheus Foundry, LLC.

The statue is on display in the main lobby of the Truman Library now through April 15.

The Truman Library Institute is the member-supported, nonprofit partner of the Harry S. Truman Library and Museum, one of 14 presidential libraries of the National Archives. The Truman Library Institute draws on President Truman’s legacy to enrich the public understanding of history, the presidency and America’s unique form of government. This mission is achieved through the development and funding of world-class museum exhibits, a robust international research grant program, public forums and nationally acclaimed education programs serving more than 50,000 students and teachers each year. Learn more at TrumanLibraryInstitute.org.

I love the way this Museum tells the story of this great man/president and also ties his life with historical events.