Using his executive powers, Harry S. Truman declared a “limited” National Emergency on December 16, 1950 under the perceived threat of communism spreading throughout the globe via North Korean forces.

Now, THEREFORE, I, HARRY S. TRUMAN, president of the United States of America, do proclaim the existence of a national emergency, which requires that the military, naval, air, and civilian defenses of this country be strengthened as speedily as possible to the end that we may be able to repel any and all threats against our national security and to fulfill our responsibilities in the efforts being made through the United Nations and otherwise to bring about lasting peace.   END_OF_DOCUMENT_TOKEN_TO_BE_REPLACED 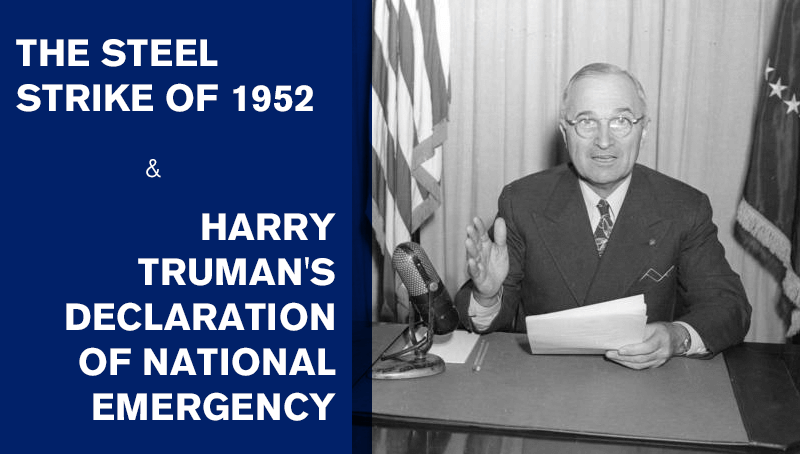