The Courtship of Harry and Bess

Harry S. Truman and Bess Wallace carried on a nine-year courtship almost entirely through letters and some supervised visits. Harry first met Bess when they attended Sunday school together in 1890. Harry was six years old and Bess was five.

By 1910, Harry began what some call his longest “campaign” — the courtship of Bess Wallace. Nine years after sending his first letter, Harry and Bess married on June 28, 1919.

Below are a selection of letters, one from each year of their courtship, that give brief insights into Harry’s feelings for Bess and his determination to one day wed the “one girl in the world” for him.

END_OF_DOCUMENT_TOKEN_TO_BE_REPLACED 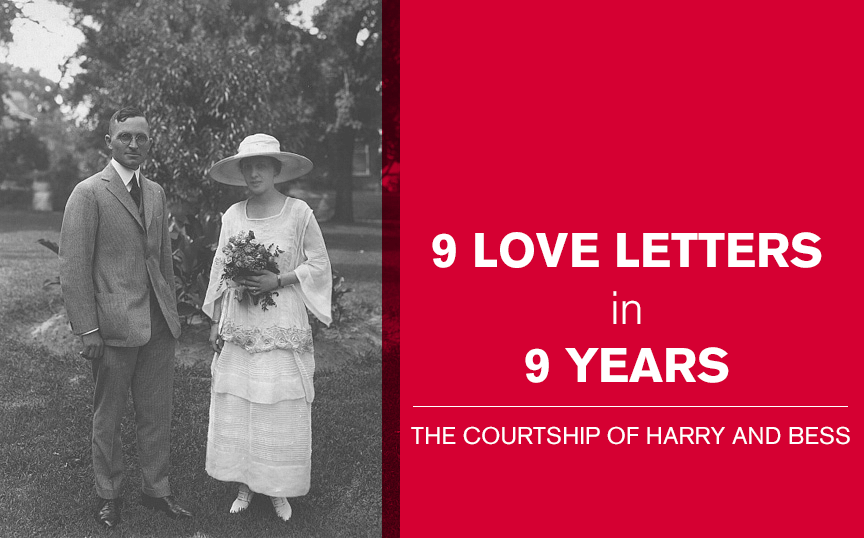