70 Years Later, a look back at this history-jammed 12 months

The following piece was contributed by A.J. Baime, author of The Accidental President: Harry S. Truman and the Four Months that Changed the World who is currently working on a book about the 1948 election. It originally appeared in the 1948 Commemorative Issue of TRU Magazine.

In the early evening of November 2, 1948, a secret service car pulled up behind Harry Truman’s home in Independence, Missouri, and scooped up the President of the United States. The car motored north out of town and over the Missouri River. It was Election Night, and Truman had just completed the most exhausting campaign of his life. In the quiet town of Excelsior Springs, he checked into a room alone at the Elms Hotel. Few outside of Mrs. Truman knew of his whereabouts. END_OF_DOCUMENT_TOKEN_TO_BE_REPLACED 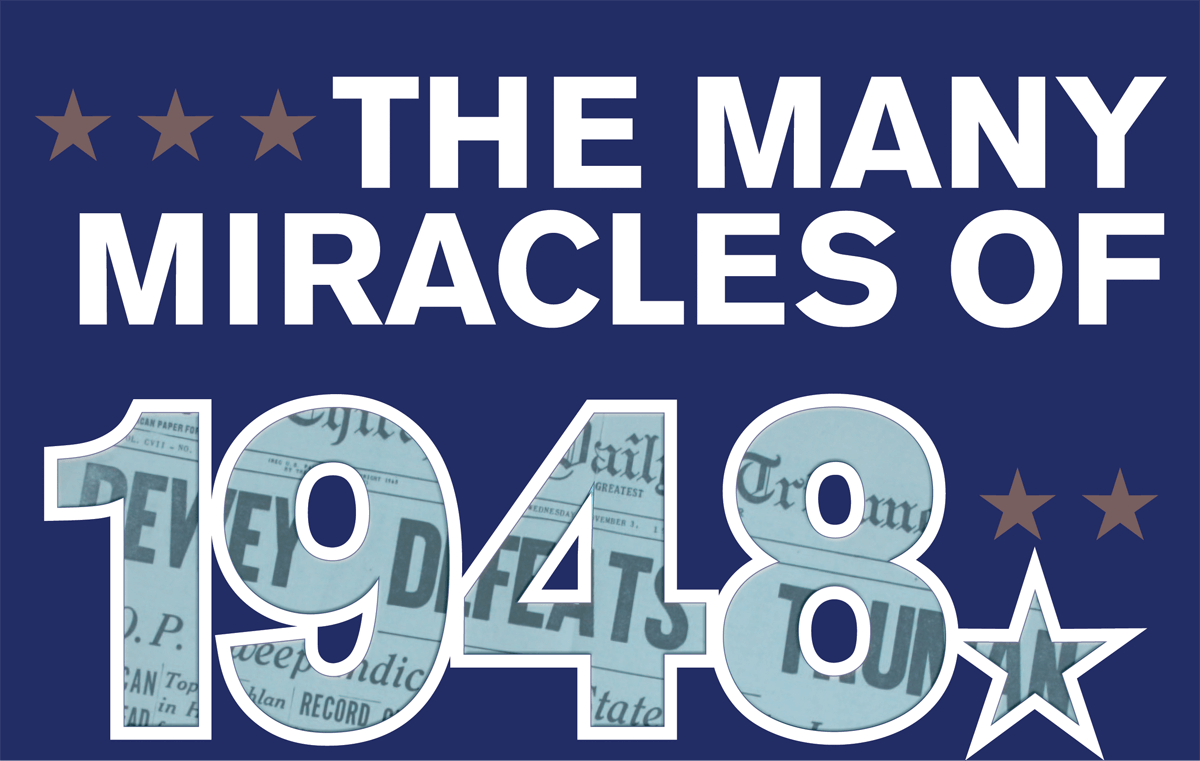 From forming the United Nations to addressing conflict in Korea, from establishing NATO to handling the early days of the Cold War, the issues that Harry Truman faced and the unwavering leadership principles that guided him seem to become more and more relevant every day. National media has increasingly turned its attention to President Truman and his legacy to interpret today’s domestic and global news. END_OF_DOCUMENT_TOKEN_TO_BE_REPLACED 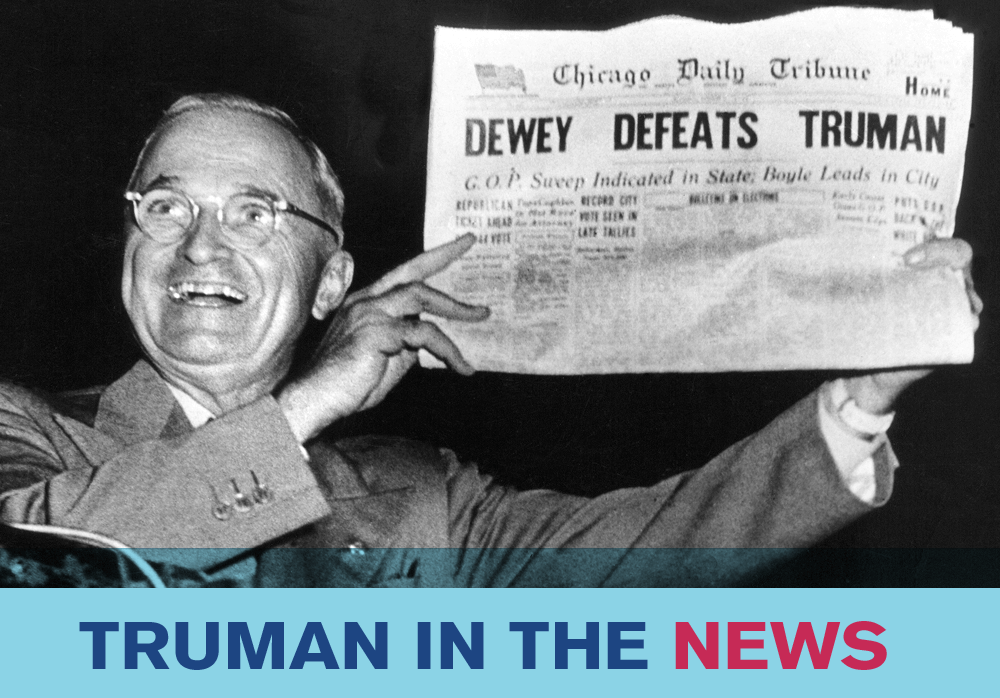 Dr. Kurt Graham, director of the Harry S. Truman Library and Museum, spoke at the AJC Global Forum earlier this summer in Jerusalem, memorializing President Truman, who the AJC called “a heroic friend of Israel.”

Watch his speech here, or read the entire transcript below:

In April of 1943, a little-known, Midwestern senator stood before a stadium rally in Chicago “to demand rescue of doomed Jews.” His address was a forceful call to establish the foundation of the post-war order, even as the world war raged on. “We must make sure that when final victory is achieved all men throughout the world will live in peace, free from all oppression.” END_OF_DOCUMENT_TOKEN_TO_BE_REPLACED