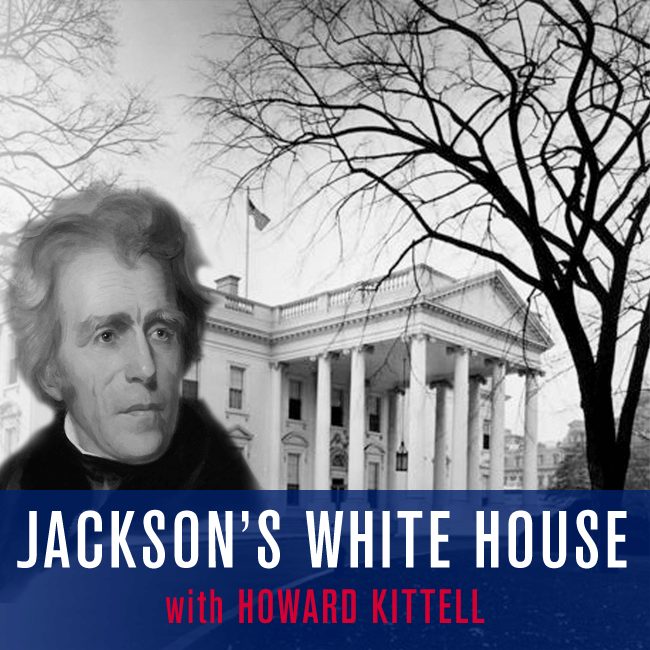 Andrew Jackson approached the presidency differently from his predecessors. He was the first president from “the West,” and he believed passionately that the president should represent all citizens and not just a few. Harry Truman often listed him as one of his favorite presidents, and admired his desire to represent all Americans. In Jackson’s eight years in office, he was responsible for balancing the federal budget for the first and only time in history and helping to expand the nation’s territory, not without controversy along the way.

Tell us one of your favorite Andrew Jackson stories.

Jackson had a reputation for being a hot head with an impressive temper. This is true. However, as he matured he learned to manage the temper so he would not be goaded into exploding by his political adversaries; Jackson used his anger strategically to his advantage.

Following Jackson’s removal of federal funds from the Second National Bank of the US, the bank clamped down on credit, and forced what today we would call a recession. A delegation of East coast bankers went to the White House to see the president and ask him to reconsider the removal of the funds in hopes that the bank would loosen credit. They made their case to Jackson. As they finished, Jackson launched. He stormed up and down the meeting room gesticulating wildly and yelling. It is reported that when Jackson got upset he often would spit when he spoke. This he did. Once he finished, his stunned audience silently filed out pf the room, at which time Jackson calmly turned to his secretary to say that this “interview” had gone rather well in his opinion.

Harry Truman named Andrew Jackson as one of his favorite presidents. Which of Jackson’s attributes do you think attracted Truman to him?

In one of my favorite quotes about Jackson, President Truman said “He wanted sincerely to look after the little fellow who had not pull…and that’s what a president is supposed to.”

As you know, Harry Truman oversaw a total renovation of the White House while he was president. Some attribute the need for the renovation to changes Andrew Jackson made while living in the residence. Can you tell us more about Jackson’s changes to the White House?

Jackson was the first president to install running water in the White House. My less than extensive knowledge of this 1833 system is that it was limited to the ground floor of the mansion. Subsequently a bathing room was created in Jefferson’s East Wing. Likely the plumbing was a first step in weakening of the structure that culminated in major renovation during President Truman’s Administration. However, later expansion of the plumbing system, installation of gas lines for lighting, central heating, T. Roosevelt’s renovation in 1902 (when walls and stair cases were removed), and the addition of the third floor during the Coolidge Administration collectively created the need for the rebuilding.

Join us Wednesday, August 23, for “Jackson’s White House” featuring Howard Kittell. The program begins at 6:30 p.m. and is preceded by a wine reception at 6 p.m. This event is free but RSVPs are requested.