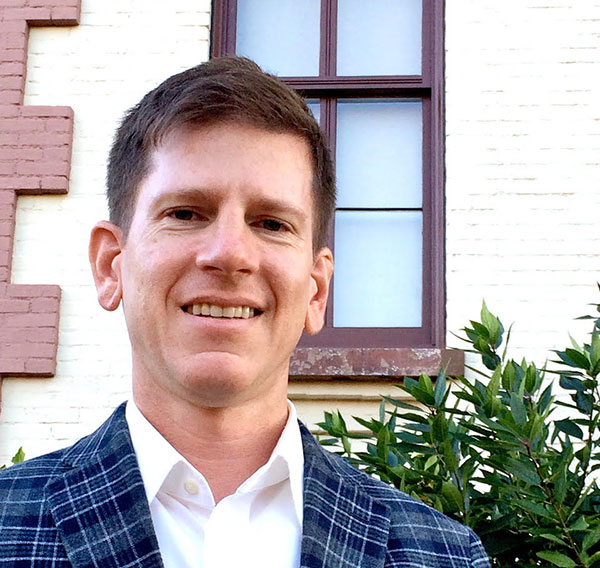 History Happy Hour: World War I and its Aftermath with Garrett Peck

On Thursday, June 6, the Truman Library is partnering with the National World War I Museum and Memorial for a History Happy Hour event featuring author and historian Garrett Peck. This special event takes place at Tom’s Town Distilling Company and will feature Peck discussing his latest book, The Great War in America: World War I and Its Aftermath, which examines the American experience during World War I and the unexpected changes that rocked the country in its immediate aftermath — the Red Scare, race riots, women’s suffrage and Prohibition, particularly timely on the centennial of the Armistice.

Tickets for the History Happy Hour program are $15 for members of the Truman Library Institute or the National World War I Museum and Memorial, $20 for non-members, and include one drink ticket per attendee and appetizers. The Great War in America: World War I and Its Aftermath will be available for purchase and signing. Peck will share some favorite World War I-ear cocktail recipes during the program, including the French 75.

In anticipation of this program, we spoke with Garrett Peck to ask him a few questions:

What drew you to focus on World War I for your latest book?

I’ve long observed how little attention World War I gets in the United States. There is no inspiring monument to the war in Washington, D.C., unlike other wars. And yet World War I is actually the most important war of the 20th century: Four global empires fell, communism was unleashed, and the map of the Middle East was redrawn. We had an opportunity to build a lasting framework for peace through the League of Nations, but the peace treaty – the Treaty of Versailles – was far too punitive toward Germany, and it set the stage for the Great War’s bloody sequel.

World War I was the most idealistic war that the United States ever fought, but that shattered on reality when the peace process descended into an ugly partisan squabble. The U.S. never ratified the Treaty of Versailles, nor joined the League of Nations. Most Americans quickly concluded that our involvement in the war was a mistake, and they wanted to forget about it. We retreated into isolationism, a young global power that was too immature to accept that it had global responsibilities.

As we approached the centennial of the Armistice, I decided to write a book that covered the contentious issues of America at war – how we eventually got involved, the herculean effort to restructure the economy for a wartime footing to send two million doughboys to France, as well as the failed peace process. I also wanted to explore the unintended consequences that directly resulted from the war: the nation’s first red scare, the most vicious race riots we have ever witnessed, women’s suffrage and Prohibition. It’s a summary history of the war. I was aiming for something like James McPherson’s Battle Cry of Freedom. At the heart of the story, of course, is President Woodrow Wilson, who had to make the painful decision to take the country to war and who sacrificed his health and ultimately his life for the peace.

How did the issues the country faced after World War I lead to the challenges Harry Truman faced during his presidency just a few decades later?

I just love Harry Truman. I had a great aunt who served as the secretary to the press secretary in the Truman White House, and growing up she told me so many great stories about her time in the White House.

What I admire about President Truman is how he carried Woodrow Wilson’s legacy forward. Wilson’s ideas floundered in his lifetime, but he proved a prophet of democracy. Truman embraced “Wilsonian diplomacy” which is about promoting democracy abroad. He learned the lessons from the failure of the Treaty of Versailles and took a different course after World War II. Instead of punishing our enemies, he rebuilt their economies and their societies around democracy. He created the Marshall Plan to help friend and foe recover from the carnage of war. And he built the post-war institutions like the United Nations and the North Atlantic Treaty Organization (NATO) that helped us win the Cold War against the Soviet Union.

In reading both George W. Bush and Donald Rumsfeld’s memoirs, I was struck that both men gave Truman credit for building these institutions that helped turn the 20th century into the American Century. Our alliances with fellow democracies have extended our influence globally while engaging in collective security, and our trade agreements have brought us unbelievable prosperity as a nation and pulled billions of people out of poverty. As someone who believes in America and our institutions, I am enormously impressed by Truman’s legacy.

What is the French 75, and how was it connected to World War I?

The French 75 was a brilliant 75mm artillery piece that was a mainstay for the French and American armies during the Great War. It had a top-secret hydropneumatic system that enabled it to recoil to its original position after firing a shell. It was highly accurate and very deadly. The first artillery round that Americans fired at the Germans was on October 23, 1917. It was from a French 75. The brass casing was preserved and presented to President Woodrow Wilson. You can still see it on the mantle of his bedroom in the Woodrow Wilson House in Washington, D.C.

Although American industry could produce prodigious quantities of steel, we had very little armaments capacity, so we had to borrow aircraft, artillery, and tanks from the Allies. Captain Harry Truman led a battery of French 75s during the Great War. The artillery piece was so appreciated that a bartender invented the French 75 cocktail in its honor. The French 75 will be among the WWI-era recipes shared during my talk.

About the author: Garrett Peck is an author, historian and tour guide in the Washington, D.C. area. He is on the advisory council of the Woodrow Wilson House. He will speak about this latest book, The Great War in America: World War I and Its Aftermath, at the Truman Library on December 5, 2018. www.garrettpeck.com

Join us Thursday, June 6, for History Happy Hour: World War I and its Aftermath featuring Garrett Peck. The program takes place at from 4:00 to 5:00 p.m. at Tom’s Town Distilling Company. Tickets for the History Happy Hour program are $15 for members of the Truman Library Institute or the National World War I Museum and Memorial, $20 for non-members, and include one drink ticket per attendee and appetizers.