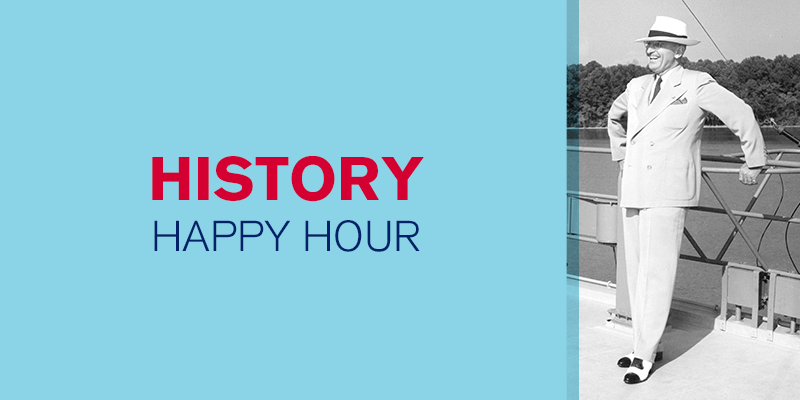 On Friday, July 12, the Truman Library is hosting a History Happy Hour event featuring Truman Library Institute Museum / Archives Technician Natalie Walker. This event takes place at 3 Trails Brewing in on the Independence Square and will feature Walker examining what followed President Truman’s landmark decision to sign the Women’s Armed Services Integration Act (June 12, 1948). Walker will discuss the impact of the Women’s Armed Services Integration Act through the fascinating story of Ernie Wagner, who served in the Air Force in the Korean War. Enjoy a behind-the-scenes look of the Truman Library’s extensive collection as Walker uses artifacts and photos from Wagner to tell her story.

Tickets for this History Happy Hour program are $10 for members of the Truman Library Institute, $15 for non-members, and include one drink ticket per attendee and appetizers.

In anticipation of this program, we spoke with Natalie Walker to ask her a few questions: What drew you to the story of the Women’s Armed Services Integration Act?

I stumbled upon this topic while doing some cursory research on women’s military service during the Korean War. I also wanted to better understand the historical context in which Ernie Wagner enlisted in the Air Force in 1949. It was this google train of thought – so to speak – that led me to the Women’s Armed Services Integration Act (WASIA). As I did more research, I realized this act, often overlooked, had vast implications for Truman’s presidency and the United States Military.

How did you come across Ernie Wagner’s story and what makes it special?

The Truman Library acquired the collections belonging to the National Museum of the Korean War in Springfield in 2018, and at that time, we found Ernie’s collection of artifacts, photos, and notes about her service scattered throughout several boxes.

I still remember the chills I felt pulling Wagner’s crumpled service uniform out of a box and realizing what stories we could tell with her collection. This is the first time the museum will be able to juxtapose a historical examination of women’s military service with period artifacts. Most significantly, it is the first time we get to tell a story of one woman and her service made possible by Truman’s decision to sign the WASIA.

What was life like for women serving in the military before and after the Women’s Armed Services Integration Act?

Prior to the WASIA, women enlisted due to wartime necessity. When a war ended, women were expected to return to their previous occupations, or settle down as homemakers. What makes the WASIA such a significant piece of legislation is the fact that it allowed women to enlist during peacetime and build lifelong military careers should they choose.

About the Speaker: Natalie Walker is the Museum / Archives Technician for the Truman Library Institute and has been with the Library since January 2018. Walker holds a Bachelor of Arts in History from the University of Missouri-Kansas City and a Master of Arts in History with a concentration in Public History and Museum Studies from Colorado State University.

Join us Friday, July 12, for History Happy Hour: Women at War featuring Natalie Walker. The program takes place from 4:00 to 5:00 p.m. at 3 Trails Brewing. Tickets for this History Happy Hour program are $10 for members of the Truman Library Institute, $20 for non-members, and include one drink ticket per attendee and appetizers.