Experiencing Truman While the Truman Library is Under Renovation | August 8, 2019 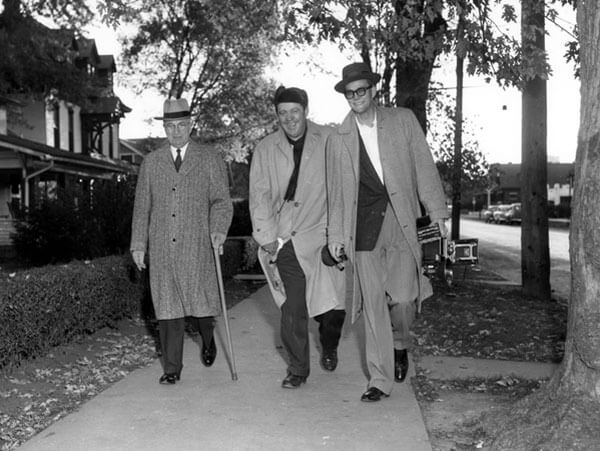 The Harry S. Truman Presidential Library and Museum is currently closed for a transformative renovation. A new museum entrance and permanent exhibition are scheduled for completion this fall in celebration of the 75th anniversary of Truman’s ascension to the presidency. Tour the new museum virtually in this fly-through video:

Meanwhile, if you are planning a trip to the Kansas City area, we encourage you to visit the other Truman-related sites in Independence and the surrounding areas:

Preserved by the U.S. National Park Service, the Truman Home gives visitors the opportunity to take a look at how the former president and first lady lived. Their utilitarian lifestyle is on full display for visitors as they walk through the center of Harry and Bess’s world. Free tours of the Truman Home can be arranged through the visitor center at 223 N. Main St.

The Truman family farm offers a look at Harry Truman’s boyhood. The Truman Farm Home is not open regularly for tours, but the grounds are open every day from dawn to dusk. Cell phone tours of the grounds are available online for visitors.

The Historic Truman Courthouse offers a glimpse into the life of then-Presiding Judge Harry S. Truman. The grounds have been restored to the design from the Courthouse’s 1933 renovation, a renovation that Truman himself oversaw. Visitors can enjoy experiencing both Truman and Independence history.

The Truman Walking Trail begins at the National Historic Site visitor center. Brochures available at the visitor center allow visitors to walk in Truman’s footsteps. The route is 2.7 miles long and includes over 40 sidewalk plaques that help guide visitors.

Added to the National Register of Historic Places in 1979, Trinity Episcopal Church was home to the wedding of Harry and Bess Truman in 1919. Their daughter, Margaret, and her husband, Clifton, were also married at Trinity in 1956.

Harry Truman greeted a crowd of thousands at the Missouri Pacific Depot, or “Truman Depot,” when he and Bess returned home from Washington D.C. in January of 1953. The Depot is still an active Amtrak station and was added to the National Register of Historic Places in 1979.

Before he was president, Truman’s first job was at Crown Drug Store in the building that now houses Clinton’s Soda Fountain. Clinton’s is set up as a traditional soda shop and offers treats like phosphates, ice cream and milkshakes.

The Truman Library is currently closed for a massive renovation.The museum’s permanent exhibits will be entirely redesigned, and while some artifacts highlighted here will remain on display, some will return to the Truman Library’s vast collections.

Learn more about the exciting future of the Truman Library here.