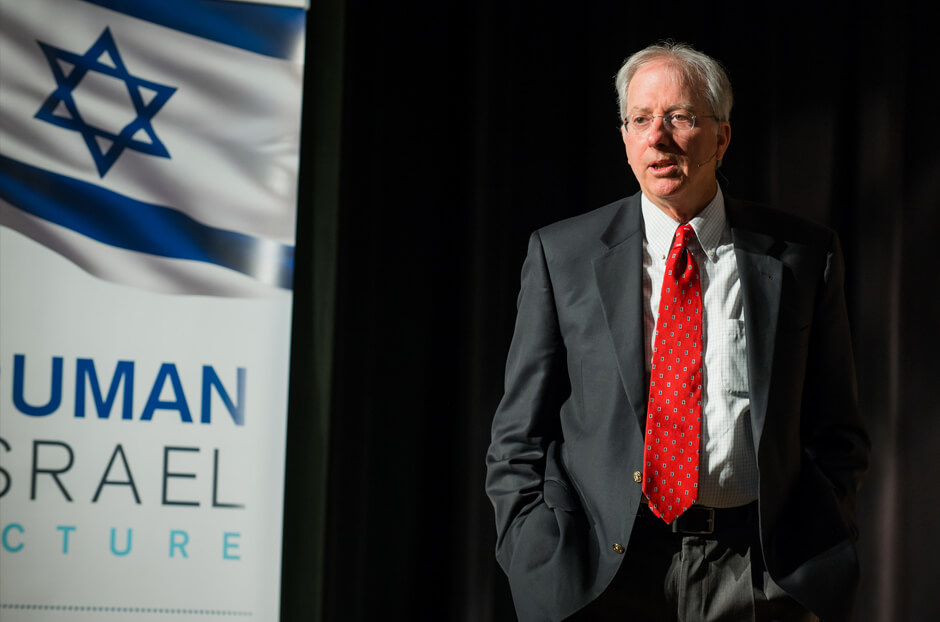 We recently asked Dennis Ross – author of Doomed to Succeed: The U.S.- Israel Relationship from Truman to Obama – for his view on President Truman’s role in the founding of Israel in 1948.

TRU: Your research suggests that President Truman was guided by personal rather than political factors on the issue of Israel’s statehood. What were those factors?

DENNIS ROSS: President Truman was deeply moved by the plight of the survivors of the WWII death camps. Following their liberation, the U.S. became responsible for what now became the Displaced Persons camps. He felt a profound need to address this humanitarian issue. He was focused far more on moving 100,000 of the Jewish survivors to Palestine than on Jewish statehood. But given the British obstructionism on the humanitarian issue later their decision to depart Palestine after the UN’s Special Committee on Palestine’s recommended partition of it into a Jewish and an Arab state, Harry Truman became a supporter of the Jewish state. Two factors made him more determined in his support: the State Department’s effort to reverse his policy of support for partition behind his back, and the reality that the Yishuv, the Jewish Community in Palestine, had created on the ground. Against all odds and with no material support from the U.S.G, they had created a state. Even though the intelligence community said they could not succeed without U.S. troops, they had done so without U.S. arms or troops—they had done it on their own. Truman deeply respected this and he was not going to punish them for their success by not recognizing the reality they had created.

TRU: President Truman’s national security and foreign policy advisers were unified against statehood on grounds that it would be contrary to U.S. national interests. For some, this question has not been settled. What does history tell us?

DENNIS ROSS: History supports the Truman decision. Yes, there has been an Arab-Israeli conflict but it was never the source of all the conflict in the region. Look at the region today—the conflicts in Syria, Iraq, Yemen, and Libya have nothing to do with this conflict. The existential struggle that Egypt faces today is about how to deal with radical Islam—the very struggle over identity in the region is about who will define Islam. It is not about a national struggle with Israel. For many in the region, Israel is a bulwark against radical Islamists and Iran. That there has been no solution to the Israeli-Palestinian conflict makes overt cooperation with the Israelis problematic and one sees little of it. But the cooperation is nonetheless very real today between Israel and many of its Arab neighbors. Moreover, Israel has become a very modern state with an advanced scientific and technological base. Truman, by the way, was very taken with the idea of Israel helping to develop the area and saw its plans for the Negev as a harbinger for the region as a whole.

TRU: How did the position of Truman’s advisers influence subsequent administrations?

DENNIS ROSS: Truman’s advisers embedded a series of assumptions about the Arabs and about Israel that have lived on and acquired the status of mythology. Like any mythology, there is a kernel of reality but fundamentally the key assumptions they passed on have consistently been proven wrong. For example, they assumed that distancing from Israel would help the U.S. with the Arabs and cooperating would hurt the U.S. position. In fact, these assumptions conveyed a false impression—namely, that what guided Arab leaders was a preoccupation with Israel and Palestine. Historically, they would use these issues as a wedge or a stick against others—claiming that others were insufficiently willing to confront Israel. And, yet the issue was used to try to gain advantage. The clear priority of Arab leaders was always security and survival, and they did not see Israel threatening that; they saw their regional rivals threatening them. Because traditional Arab friends of the U.S. saw America as their key security guarantor, they were never going to make their relationship with U.S. dependent on our relationship with Israel—and I demonstrate that over and over again in the chapters on the different U.S. presidential administrations.

TRU: Doomed to Succeed details U.S.-Israel policies from Truman to Obama. Who got it right? Who got it wrong?

DENNIS ROSS: A number of presidents have gotten it right and a number have gotten it wrong. In my judgment, President Clinton probably did better than others; he understood that we were Israel’s one true friend in the world and he believed that to open wedges with it would give encouragement to its enemies, weaken Israeli deterrence and make peace less likely. That did not mean we should ignore our differences with Israel, but they should be managed not magnified. He did better at this than others.

TRU: In 1948, Truman clearly believed the U.S. had a moral obligation to alleviate the suffering of Jewish refugees. What steps should we take now regarding Syrian refugees?

DENNIS ROSS: I do believe that we have a moral obligation to the Syrian refugees. There are reports now that suggest the fatalities from the war may reach close to 500,000; nearly 12 million people have been displaced and are living in conditions that are inhuman and hard to imagine. It is a stain on the international conscience that so little has been done to stop this conflict. So yes, there is a moral imperative and no doubt if Harry Truman were alive today, he would be pushing to deal with a humanitarian catastrophe.

Ambassador Dennis Ross is counselor and William Davidson Distinguished Fellow at The Washington Institute for Near East Policy. He served two years as special assistant to President Obama and National Security Council senior director for the Central Region, and a year as special advisor to Secretary of State Hillary Rodham Clinton. For more than 12 years, Ross played a leading role in shaping U.S. involvement in the Middle East peace process. He helped Israelis and Palestinians reach the 1995 Interim Agreement, successfully brokered the 1997 Hebron Accord, and facilitated the 1994 Israel-Jordan peace treaty.

On May 9, 2016, Ambassador Ross inaugurated the Truman and Israel Lecture, created by the Truman Library Institute and Jewish Community Foundation of Greater Kansas City. View the event photo album.