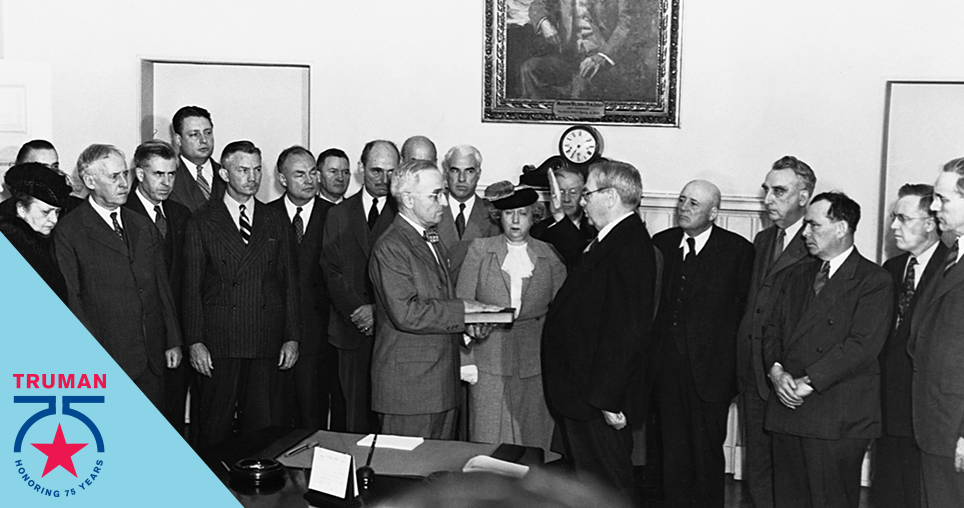 This webinar series originally took place the week of April 13-17, 2020, and the recordings are available below:

“The Accidental President” – April 13, 2020
Dr. Kurt Graham, Director of the Truman Library, tells the story of Truman’s dramatic ascension to the presidency when Franklin D. Roosevelt died on April 12, 1945.

Be the first to hear about future webinar or event series like this. Sign up for our email newsletter: