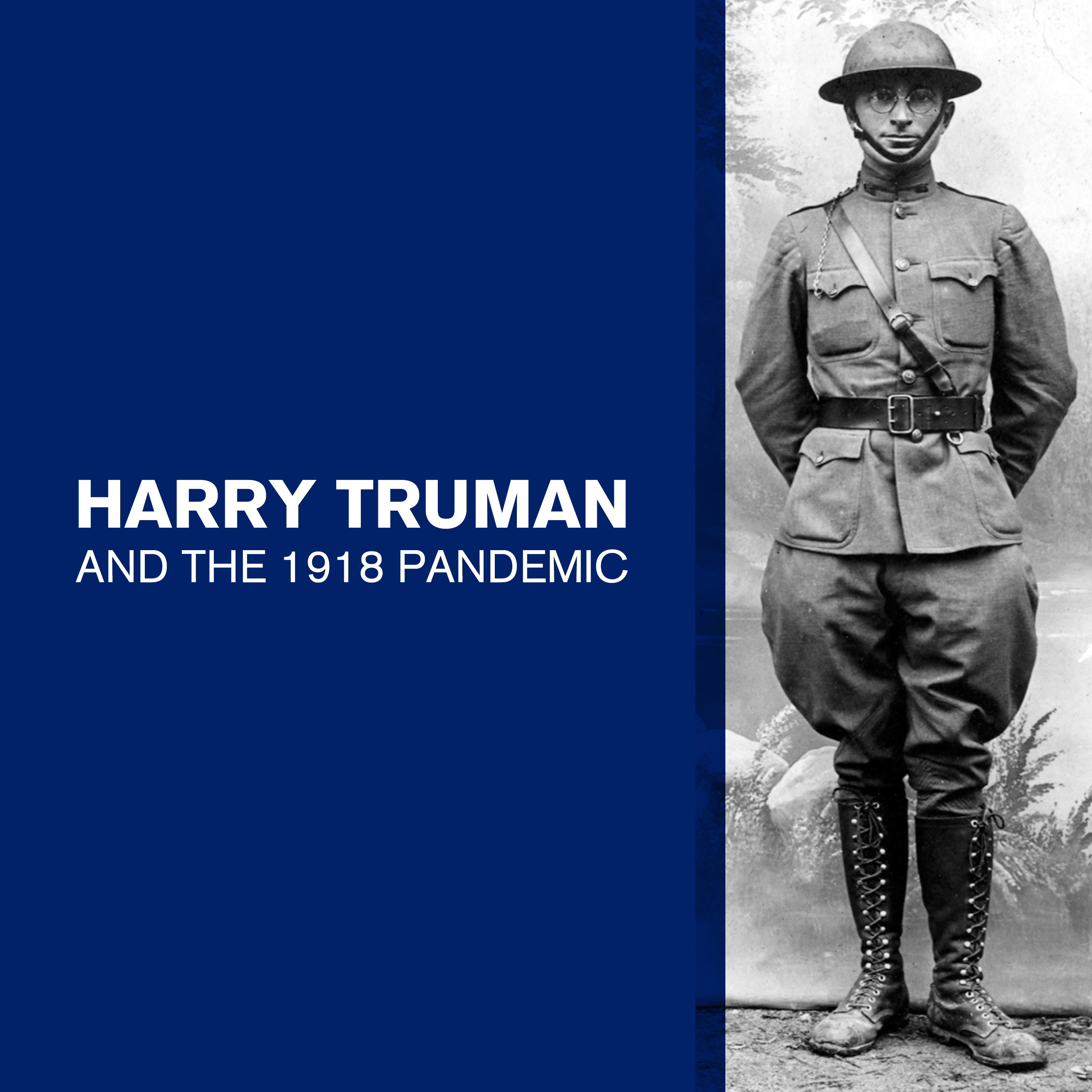 Harry Truman and the 1918 Pandemic

In 1918, the most severe pandemic in recent history spread through the world at alarming rates. Nearly one-third of the world’s population became infected and approximately 50 million people succumbed world wide — over half a million in the United States.

The H1N1 virus, popularly referred to as the Spanish flu, began wreaking havoc around the globe just as World War I was coming to an end.

Thousands of American soldiers remained in Europe after the war’s conclusion due to logistical transportation issues. One soldier awaiting transport was Captain Harry S. Truman who led Battery D of the 35th Division.

During Truman’s overseas wait he wrote dozens of letters to Bess Wallace, including some where he expressed his deep concern for Bess’s safety, as well as the safety of their families amidst the pandemic.

Like millions of Americans, Bess did fall ill with the Spanish flu, spurring several worried letters from Truman.

January 7, 1919
“You’ve no idea how this muddy spot brightens up when letters come. I was so glad to get yours because I have been scared to death, ever since you told me that Frank had the “flu,” that either you or your mother would get it. I’m so glad you’re getting well. It had been almost two weeks since I had received a letter and I was certainly uneasy. Mary was down with it too so you can imagine how I felt.”

January 12, 1919
“I am so glad you are out of danger from that awful flu. You’ve no idea how uneasy I’ve been since hearing you and Mary had it. We over here can realize somewhat how you must have felt when we were under fire a little. Every day nearly someone of my outfit will hear that his mother, sister, or sweetheart is dead. It is heartbreaking almost to think that we are so safe and so well over here and that the ones we’d like to protect more than all the world have been more exposed to death than we. I am hoping that the worst is past and that from now on we’ll never hear of it again. It seems that war and pestilence go hand in hand. If it isn’t the Black Death it is something equally as fatal.”

January 19, 1919
“I am certainly in a gladsome mood today-got two letters yesterday and one today. They were dated Dec 19-23-28. I am certainly glad to hear that you are up and almost well. You know I am pulling for you to be entirely well as quickly as possible. I don’t know when I’ve been so worried as when I heard that you and Mary both had the flu, and I’ve never felt so fine as when I heard you were both getting well.”

Bess recovered from the flu and Harry eventually found his way home to Independence where the two married on June 28, 1919, but the global toll of the Spanish flu would leave permanent scars in the world’s collective memory.