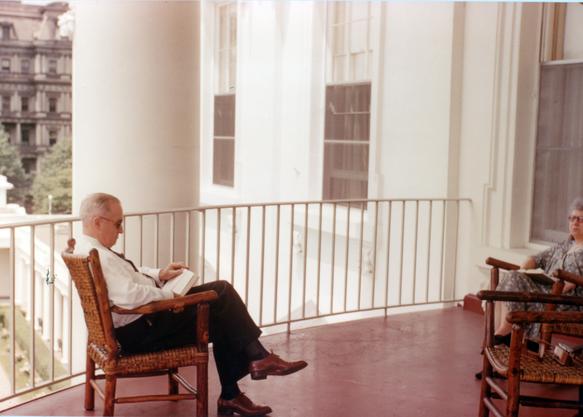 Harry Truman famously said, “Not all readers become leaders, but all leaders must be readers.”

Truman’s study of history proved indispensable. According to Truman Library Supervisory Archivist Samuel Rushay, “It provided him ethical and moral guidance and was a tool that he used to make decisions, most notably as President of the United States during his two terms of office….Truman ‘internalized’ history and looked to the past almost reflexively whenever a problem or issue arose.”

Whether you be reader, leader or both, summer offers the opportunity to delve into one or more of President Truman’s most read and oft-recommended volumes:

If a summer reading list that includes Plutarch feels a bit daunting, take this encouragement from Mr. Truman:

“It has been a life-time program for me, and if you start out even on this incomplete list, you will find it a lengthy study but well worthwhile.

“It will keep you out of mischief, too.”