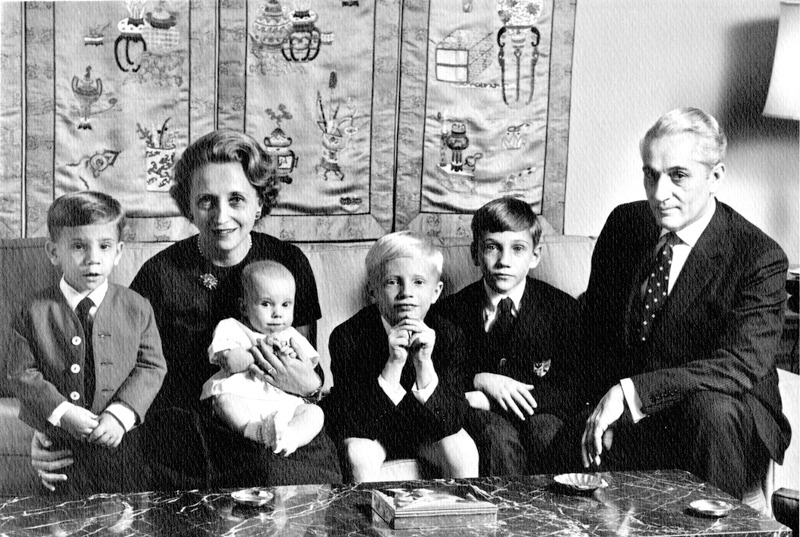 BESS TRUMAN was a perfect grandmother. She thought everything we grandchildren did was marvelous. She laughed at our stupid jokes (What’s green and dances? Fred Asparagus).

Occasionally, she even took our side against our mother.

This sometimes happened at Christmas. If we asked for a toy that made noise, had sharp edges or fired some sort of projectile, Mom always turned us down in the name of averting what she was sure would be great bodily harm. Gammy waited until Mom had left the room then asked, “How many do you want?” In fact, the first present she ever gave me was a bag of red and blue marbles. I was two. Mom said, “Mother, for goodness’ sake! You can’t give him those. He’ll eat them.” I did not. I put them, one by one, down the heat return grate in the front hall.

One Christmas years later, she gave my brother, Will, and me a pair of “Okinawa Guns,” I think they were called. They were heavy green plastic, looked a bit like a Browning Automatic Rifle, and fired red plastic bullets with the aid of a spring. Nerf guns with a higher risk factor.

We lost those guns in short order. The first went after I stalked Will around my grandparents’ yard and was nearly shot by the Secret Service. All the agents saw through the security cameras was the barrel of a gun poking around a corner of the house. Two of them came running, guns drawn, only to take a plastic bullet in the kneecap. They surrendered peacefully, but I was forcibly disarmed immediately upon stepping inside.

Will and I lost the second gun not long after. Banned from setting the Secret Service on edge, we put a pop can on the living room coffee table, not bothering to remove all the glass and porcelain bric-a-brac around it, and started plinking away. Grandpa was the only one home, so we thought we’d be pretty safe. He was two rooms away in the den, reading, and I reasoned that his hearing and speed were not what they used to be.

We were taking turns, one firing, the other acting as lookout. Because I was hogging the gun, Will deserted his post. I didn’t even hear him go. Next thing I knew, the weapon went straight up in the air. Grandpa stood over me, cane in one hand, gun in the other, glaring. He never said a word, just turned on his heel and left. And I felt miserable. Years later, I recounted the story to my mother and she said, “Oh, God, he used that tactic on me all the time. Worked, didn’t it?”

With me, Grandpa hedged his bets. He hid that gun so well that I didn’t see it again until it belonged to the National Park Service and I had to wear white cotton museum gloves to hold it. If I’d asked for a pop can, the rangers would’ve glared at me and taken the gun.

The Christmas present I recall most fondly came to me when I was four or five. My father had taken me to see the Macy’s Thanksgiving Day Parade and I fell in love with the gold braid, striped pants, and plumed hats worn by the marching bands. When Dad asked me what I wanted for Christmas, I said, “A band uniform!”

You’d think a senior editor for The New York Times would have little trouble finding something like that, but Dad hadn’t a clue. So he called his father-in-law, the former most powerful man in the world.

A few weeks later, we rode the train to Independence for Christmas. Gammy and Grandpa had the tree set up and decorated in a corner of the living room. Some of the presents were already nestled under its boughs. There wasn’t a band uniform in sight.

Christmas morning, however, I came downstairs in my pajamas and scoured the room. There, hanging on the wall near the tree, was not a band uniform, but a pint-sized Marine master sergeant’s dress uniform. Apparently — and I’m sure the Marine Corps will agree — this was better than what I expected.

I put it on, picked up the toy bugle Grandpa bought me to go with it, and happily annoyed everyone in the house for the rest of the day. 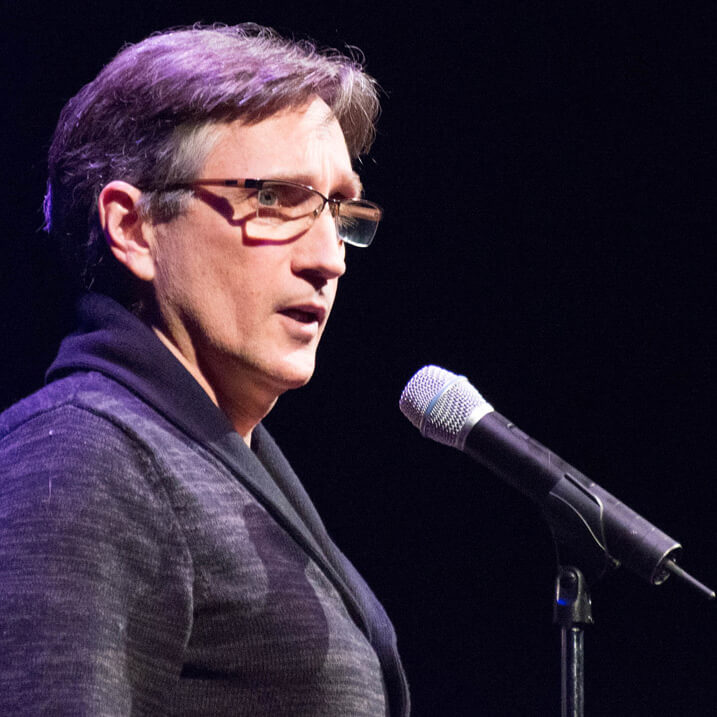 Clifton Truman Daniel is the eldest grandson of President Harry S. Truman and his wife, Bess. He is the son of author Margaret Truman and former New York Times Managing Editor E. Clifton Daniel, Jr. Mr. Daniel is honorary chairman of the board of the Truman Library Institute, board secretary of the Harry S. Truman Scholarship Foundation, and vice president of the Society of Presidential Descendants. He is the author of Growing Up with My Grandfather: Memories of Harry S. Truman and Dear Harry, Love Bess: Bess Truman’s Letters to Harry Truman, 1919-1943. In addition to portraying his famous grandfather on stage, Mr. Daniel gives a series of lectures on various aspects of the Truman presidency and U.S. and White House history. Learn more.