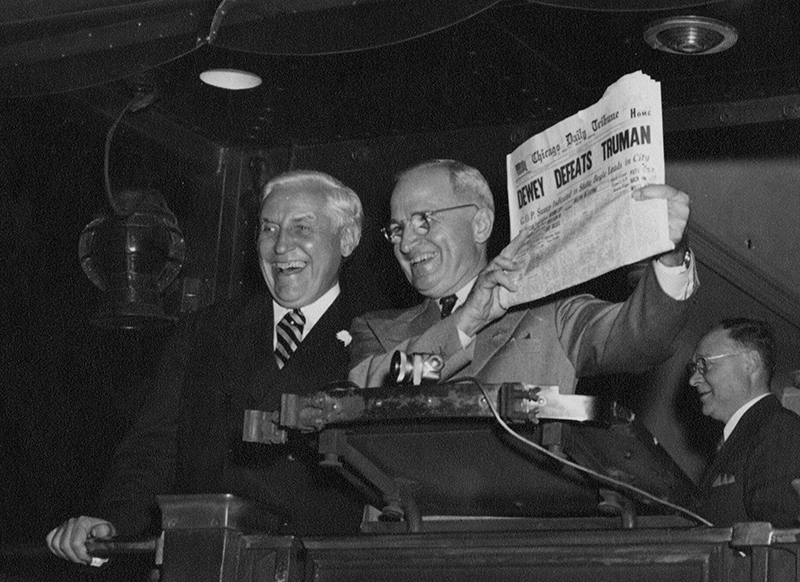 The nation has once again turned its attention to the 33rd president as we observe the 75th anniversary of Harry Truman’s presidency. The following is just a sampling of some of the recent media highlights focused on our favorite president:

Harry Truman Saved the World. Who Will Save Us Now?
From David Von Drehle in The Washington Post

The Speeches FDR and Truman Never Delivered
From Dr. Kurt Graham in The New York Times

Harry Truman Rose to a Monumental Occasion. May the World Find His Leadership Again.
From Dr. Kurt Graham in The Kansas City Star

Former President Harry Truman Seems to be Having a Modern Day Moment.
Interview with A.J. Baime on Up to Date with Steve Kraske on KCUR

Truman’s Moment Came Suddenly
From Mike Genet in The Examiner

Time Out: Just Wild About Harry
By Chris Stirewalt of Fox News

When Fighting the Coronavirus, America Should Learn from President Truman
By Simon Constable in Forbes