Truman Statue to Be Unveiled in the U.S. Capitol Rotunda | September 13, 2022 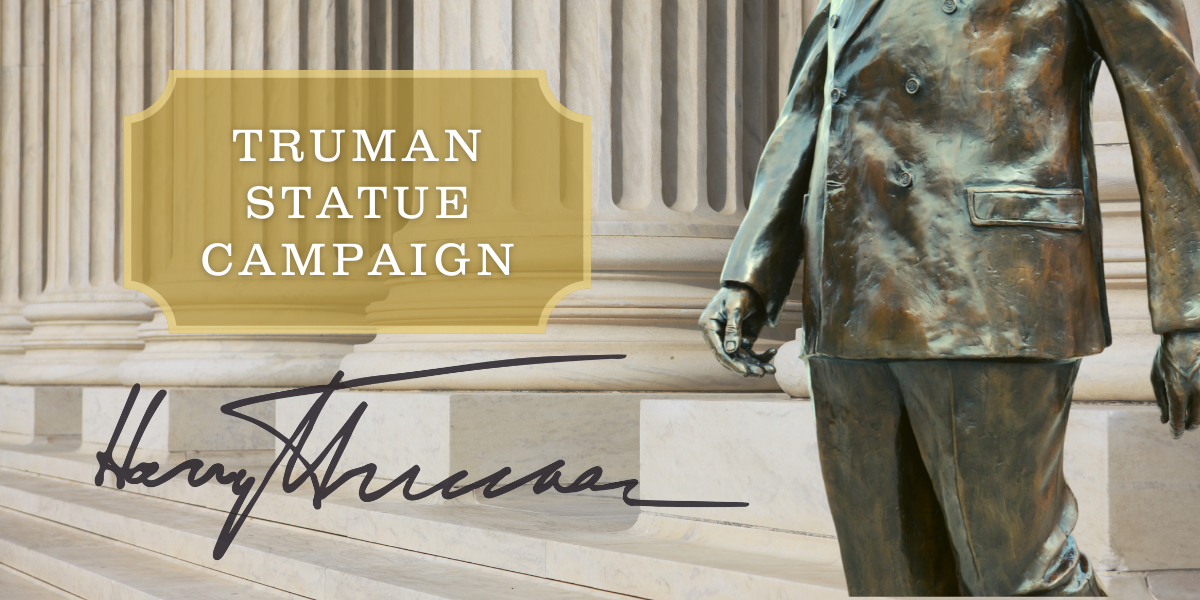 More than 75 years after ascending to the presidency, Harry Truman is headed back to Washington – as a 7 1/2′ bronze Truman Statue!

For nearly two decades, Missouri leaders have sought to secure a place for Truman – consistently ranked among our nation’s greatest leaders – in the National Statuary Hall Collection.

Today, the dream is nearly a reality. A newly commissioned bronze statue of President Truman will be unveiled and dedicated in the U.S. Capitol Rotunda on September 29, 2022.

We have been honored to work with our project partners – The State of Missouri, Corbin Bronze, the Architect of the Capitol, Rep. Emanuel Cleaver, Senator Roy Blunt, and the Joint Committee of Congress on the Library – to place a statue of Truman in the building where he spent his “10 happiest years” in the U.S. Senate and went on to work with his former colleagues to guide the nation through some of the most dramatic chapters of our history.

President Truman’s statue will be the 10th presidential statue in the U.S. Capitol Rotunda. The seven and a half-foot bronze likeness will stand atop a three-foot inscribed pedestal in the Capitol Rotunda, flanked by George Washington and Ulysses S. Grant, along with fellow commanders in chief lining the Rotunda: Jefferson, Lincoln, Garfield, Jackson, Eisenhower, Ford and Reagan.

The Truman Statue Unveiling and Dedication on September 29, 2022 will not only honor Missouri’s most prominent statesman but also be an incredible moment of celebration for all those who support and work on behalf of the legacy of Harry S. Truman.

Thank you for standing with Truman.

WATCH The Making of the Truman Statue.

LEARN MORE about the Statue Campaign and the generous donors who made it possible.

BOOKMARK the livestream link for the Unveiling and Dedication Ceremony, hosted by Speaker Pelosi in the U.S. Capitol Rotunda.