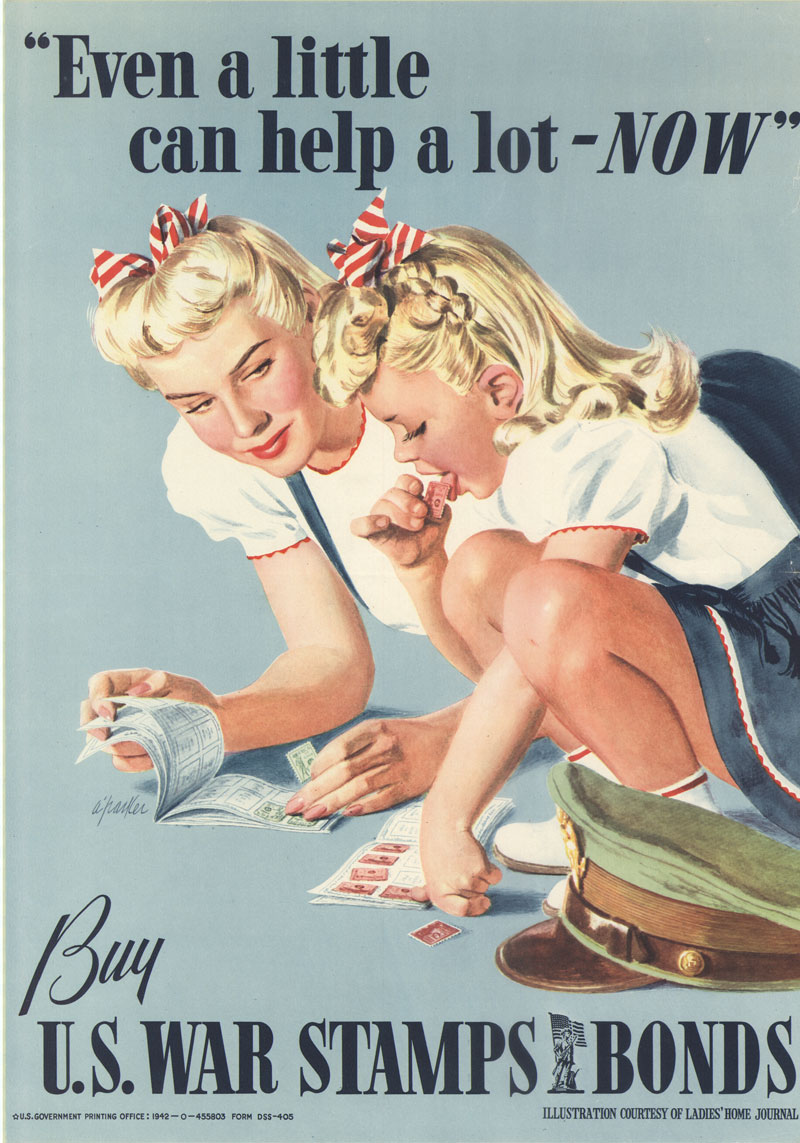 Marching to Victory: How Children Helped Win the War
July 5, 1945

World War II was a total war. Those who were not soldiers were mobilized to some degree. They conserved, raised money, boosted soldiers’ morale, worked in war manufacturing, and contributed to the war effort in countless other ways. Even young people participated in the war effort.

On July 5, 1945, President Harry Truman received a unique report on a campaign waged by a devoted band of home-front workers: thirty million schoolchildren. Florence Shuman and Mead Gruver, who the Treasury Department’s War Finance Division had chosen to represent all of America’s schoolchildren in the White House ceremony, presented President Truman with a humble testimony to the extraordinary efforts of youngsters. The plaque Florence and Mead gave to the president included gold-painted lettering on wood (itself an indication of metal-saving initiatives) that read:

TO PRESIDENT HARRY S. TRUMAN
COMMANDER IN CHIEF OF OUR ARMED FORCES
AMERICA’S SCHOOL CHILDREN ARE PROUD TO PRESENT
WAR EQUIPMENT TO THE VALUE OF $715,000,000
THROUGH THE PURCHASE OF WAR BONDS
DURING THE SCHOOL YEAR ENDING JUNE 1945

How did the government get so many school-aged children involved in the war effort?

The standard government war bond was $25, but a special program enabled children to support the national fundraising drive. Schools across the country held campaigns to raise money, encouraging students to bring in their change and support the purchase of as many war bonds as possible. A child could buy a War Stamp for 25 cents and add it to his or her War Bond booklet. For kids already well-versed in collecting cereal box tops to acquire comic books, Green Lantern magic rings, and other treasures, war stamps and bond booklets were a familiar and exciting opportunity to help out in the war effort.

While an impressive accomplishment, the $715 million raised by the schoolchildren was a drop in the bucket for a war effort that eventually cost the U. S. government $296 billion in military spending alone. Yet, the school war bonds campaign exemplified the patriotism and hard work of ordinary citizens during the difficult war years, and it was this dedication to the cause that set America on the march to victory in 1945. Florence, Mead, and their fellow students had earned the appreciation of President Truman and the government.