5 Reasons to Become a Truman Library Institute Member Before Summer | May 23, 2017

As the weather warms up, it’s the perfect time to become a Truman Library Institute Member. Have your membership card in hand in time to view Truman Library’s fascinating new temporary exhibition and to be a part of our upcoming events this summer and fall.

END_OF_DOCUMENT_TOKEN_TO_BE_REPLACED 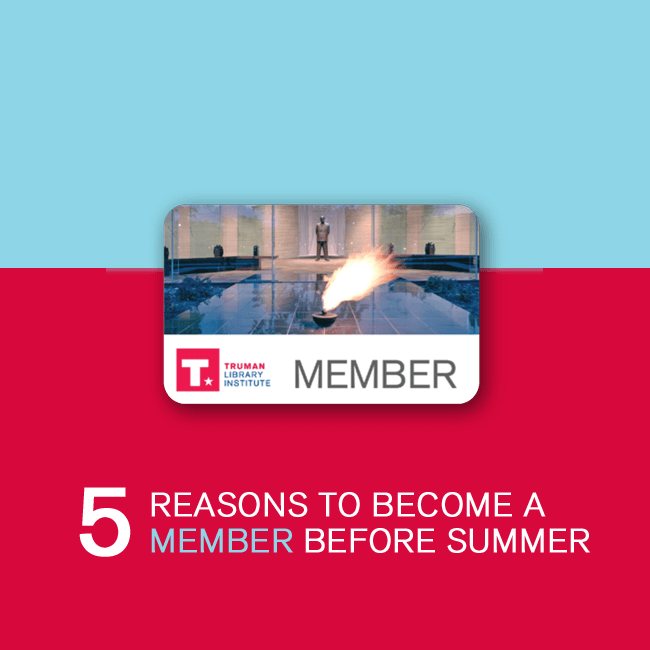 Happy birthday, Harry! President Truman was born on this day 133 years ago. In honor of Truman’s birthday, we compiled quotes from other presidents on Truman’s impact.
END_OF_DOCUMENT_TOKEN_TO_BE_REPLACED 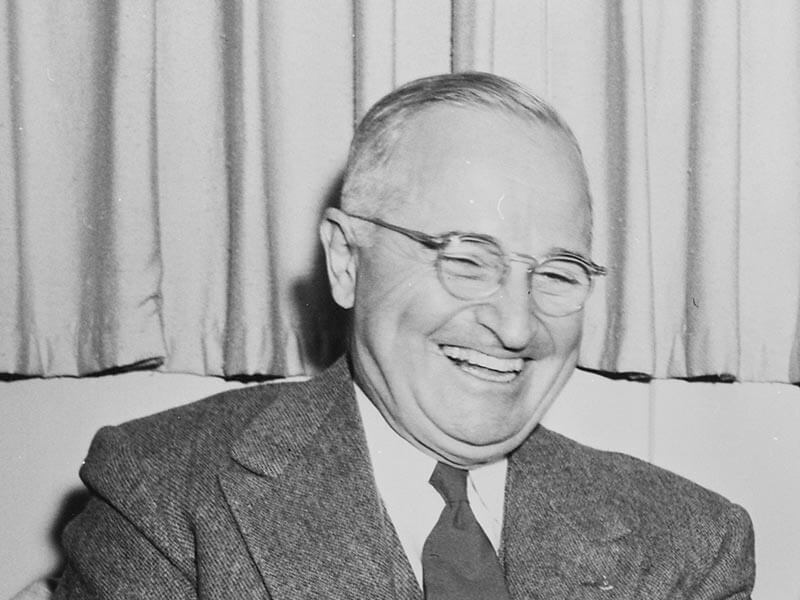 Read on for some TRU-firsts from the president’s first 100 days.
END_OF_DOCUMENT_TOKEN_TO_BE_REPLACED 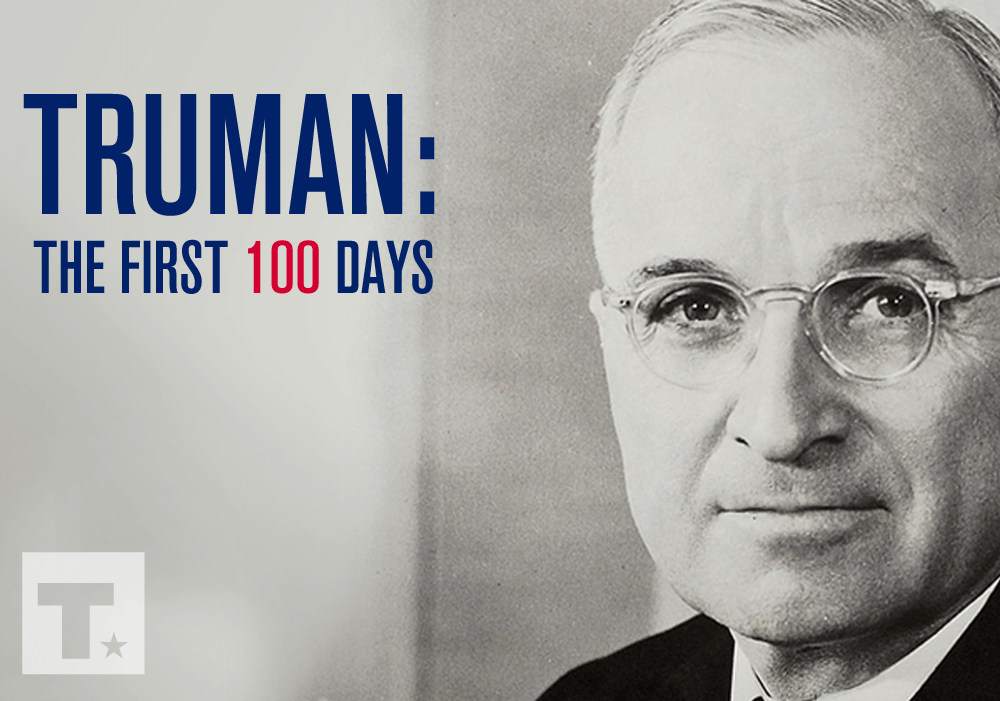 What an incredible evening! The 18th Annual Wild About Harry was an unforgettable event celebrating the Civil Rights legacy of Harry Truman that raised over $500,000. We were so inspired by the stories of Rep. James Clyburn, Rep. John Lewis and Calvin Trillin, and we were inspired your generosity.

If you were as inspired as we were by this event, feel free to share the following graphics on social media:
END_OF_DOCUMENT_TOKEN_TO_BE_REPLACED

On April 3, 1948, Truman signed the Foreign Assistance Act, which provided an initial grant of $4 billion to Western Europe. By the time the program came to an end nearly four years later, more than $12 billion in foreign aid had been expended. Although the Marshall Plan had its flaws, including rampant inflation in some areas, it provided some much-needed stability and stimulation for the economies of Western Europe. British Foreign Secretary Ernest Bevin described the Marshall Plan as “a lifeline to sinking men.” Truman issued the following statement after signing the landmark legislation:
END_OF_DOCUMENT_TOKEN_TO_BE_REPLACED 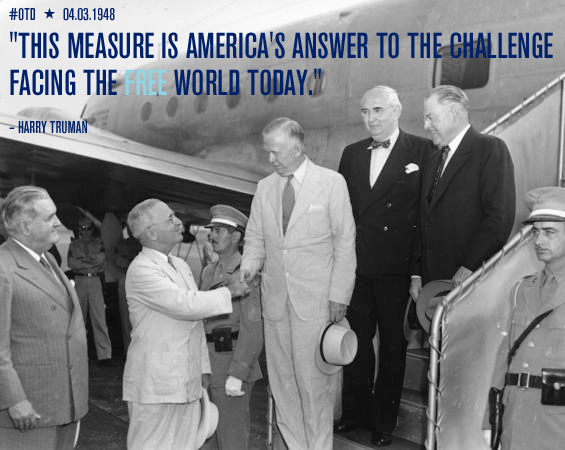 Robert Klara literally wrote the book on Truman’s renovation of the White House. We’re excited to welcome him to the Harry S. Truman Library and Museum on April 6 for a free public event and book signing (Event is free but RSVPs are requested—RSVP today).

END_OF_DOCUMENT_TOKEN_TO_BE_REPLACED

Truman Library Institute Members got to be the first to see the brand-new temporary exhibition, Saving the White House: Truman’s Extreme Home Makeover, on display through the end of the year. Members were welcomed after-hours with a wine and hors d’oeuvres reception and private viewing of the exhibition.

END_OF_DOCUMENT_TOKEN_TO_BE_REPLACED 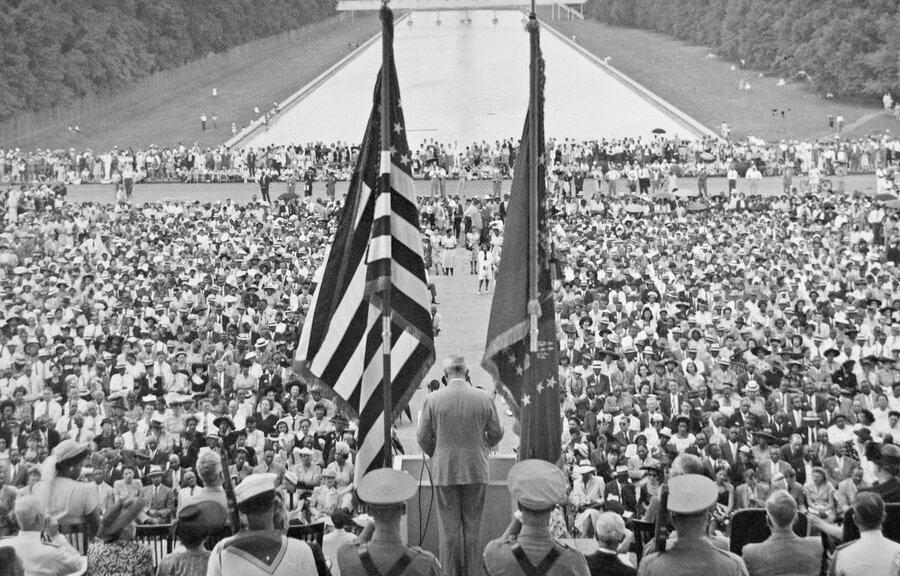 Truman’s Inaugural Address to the Nation

On January 20, 1949, Chief Justice of the United States Fred Vinson (one of Truman’s four appointees to the Supreme Court) administered the oath of office to Harry S. Truman. At 12:35 p.m., President Truman delivered his inaugural address to the nation. The address totaled 2,264 words. Read President Truman’s Inaugural Address in its entirety below.
END_OF_DOCUMENT_TOKEN_TO_BE_REPLACED 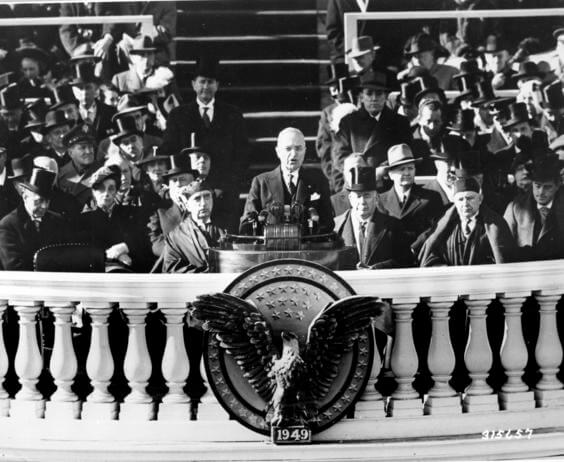 Read on for some of our favorite excerpts from President Truman’s Farewell Address.
END_OF_DOCUMENT_TOKEN_TO_BE_REPLACED 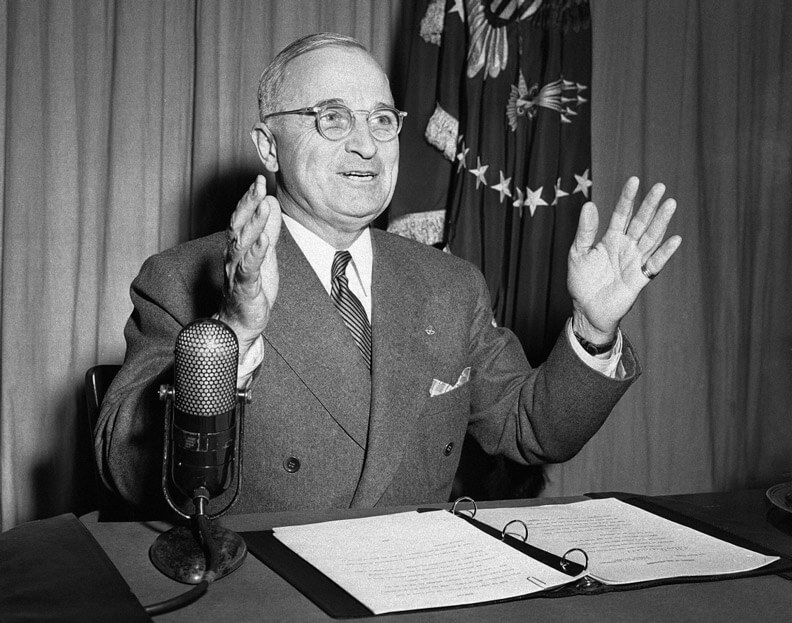